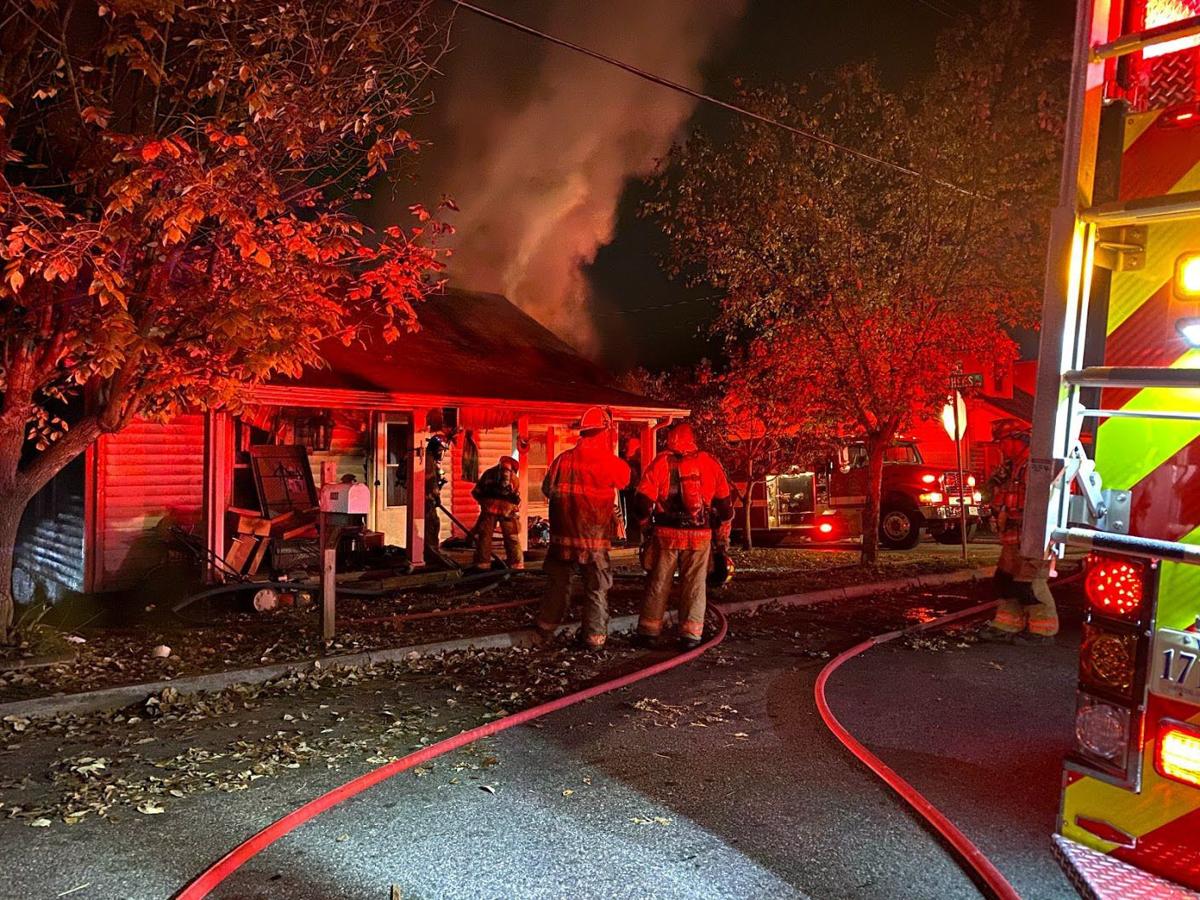 Neighbors from across the street were visiting when the occupants of a house at 1027 Askin St. in Martinsville smelled smoke around 8 p.m. Tuesday.

Martinsville Fire Department and EMS responded to a 911 call, but fire spread quickly through the roof and totally destroyed what was home to seven people.

“There were no injuries, but there was significant loss, close to a total loss,” Martinsville Fire Chief Ted Anderson said Wednesday morning. “We have narrowed the origin of the fire to a room in the rear of the house called the laundry room, where the washer, dryer, and breaker panel is (located).”

The owner of the house is Brandy Trejo, and Anderson said she, her significant other and their infant child lived there and that a friend, China Martin, and her three children were staying in the house temporarily.