Virginia State Police have identified the man who was shot and killed in an exchange of gunfire with sheriff’s deputies as 24-year-old Johnnie D. Carter of Henry County. Deputies responded early Tuesday morning to a home on Philpott Drive in Bassett, where a man was attempting to force his way inside. Police say Carter began firing shots into the house. When deputies arrived, Carter opened fire on their vehicles. A deputy returned fire, striking Carter. He was transported to SOVAH Health in Martinsville where he died. No residents or sheriff’s deputies were injured. 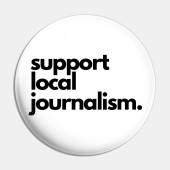 Slick Roads Possible as Snow Continues to Fall Into this Morning

Hospital Closure Not Expected to be Permanent